Regardless of your personal opinion on Netflix, the company has achieved a lot in terms of shaking up the cable industry. What started as a small rentable DVD company in 1997 turned into one one of the world’s most successful companies. The original subscription model was a per-rental fee per DVD, which turned into monthly subscription-based model in 2000. This monthly fee allowed customers to rent however many DVDs they wanted each month, and Netflix handled the shipping and handling fees. After a few bumps in the road, Netflix ultimately became a popular company for DVD rentals.

In terms of competition, Netflix’s primary competitor was Blockbuster, which also introduced a subscription-based DVD service in 2004. In response to Blockbuster, Netflix lowered their subscription fees to keep loyal customers. For a few years, the two companies were in close competition until Blockbuster’s demise as a result of debt and internal disagreements. Fast forward to 2007, when Netflix began to build an online streaming library that users have grown to know and love. What started out at 1,000 films to stream compared to 70,000 DVDs turned into a much bigger project. Netflix eventually acquired films from Warner Bros, with opened up the door to begin purchasing films from other huge production companies. 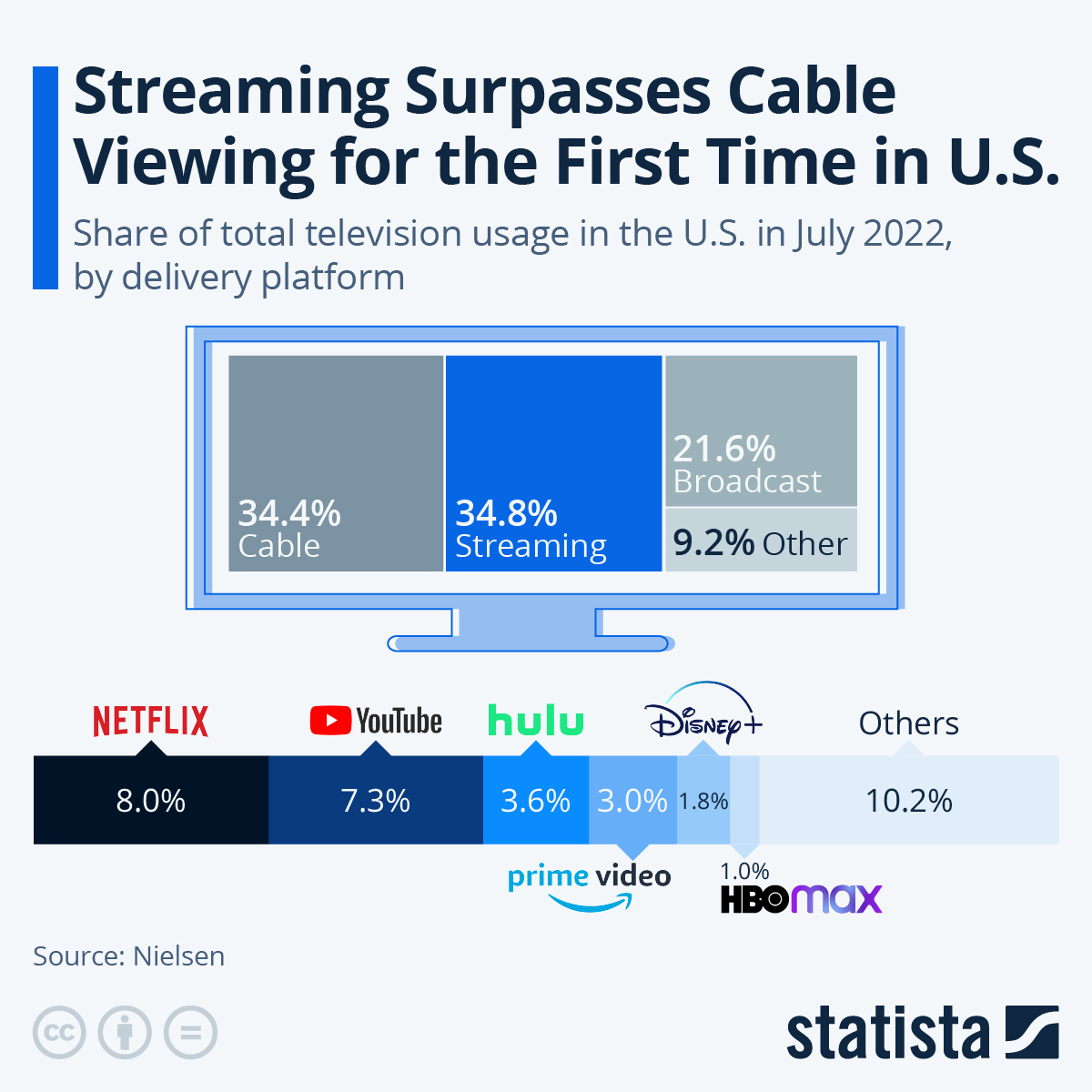 There were many more factors that played in Netflix’s overall content strategy, including the acquisition of popular TV shows, specialized streaming devices for Netflix, international expansion, and much more. Most notably, Netflix did not incorporate commercials into their TV shows and movies, which many users grew to know and love. Today, Netflix has dominated the media market and become a daily part of many of our lives. Starting next month, Netflix will now offer a basic subscription-package starting at $6.99 a month, which will include ads between 15-20 seconds long. It will be available in select countries where the streaming platform is popular, including the U.S. and many European countries. Unlike the existing version for users, though, the basic package won’t share access to as big of a media library and users will be unable to download content onto their devices for later use.

Many people argue that Netflix’s introduction of ads make it less unique of a service these days. What started as an innovative way to stream content has turned into a platform not much different from existing cable packages. What’s worth noting here is that current users will have to downgrade their current package to save money each month, so this ad model is not an automatic change for everyone.