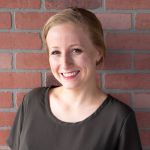 active 6 days, 2 hours ago
@aisha-pinkney Hi Aisha! Your ePortfolio really jumped out to me. It looks so polished with the right balance of professionalism and personal flair. I look forward to getting to know you better and learning your font/emoji formatting tricks. View

There are no users currently online