Problem analysis is the first and primary task for software development. We see a lot of software projects fail because either the problem is not identified correctly or if it is the developers are not able to solve them efficiently. I worked as a jr. developer for my company where we were given smaller problems to identify and generate multiple solutions to solve them. Our manager taught us to identify the solution based on the worst-case scenarios. As a new developer, it’s hard to know the entire system and come up with a solution that will work for all. The best way to go about this is collaboration. Working in a team, pairing experienced developers with juniors is not only beneficial for the newer developer but also gives a fresh set of ideas for solving the problem. The majority of companies require their developers to send their codes for reviews before its released. This process allows for eliminating or at least reducing the chances of error. The process of creating a website or software program is never simple; developers may encounter several obstacles in their path. 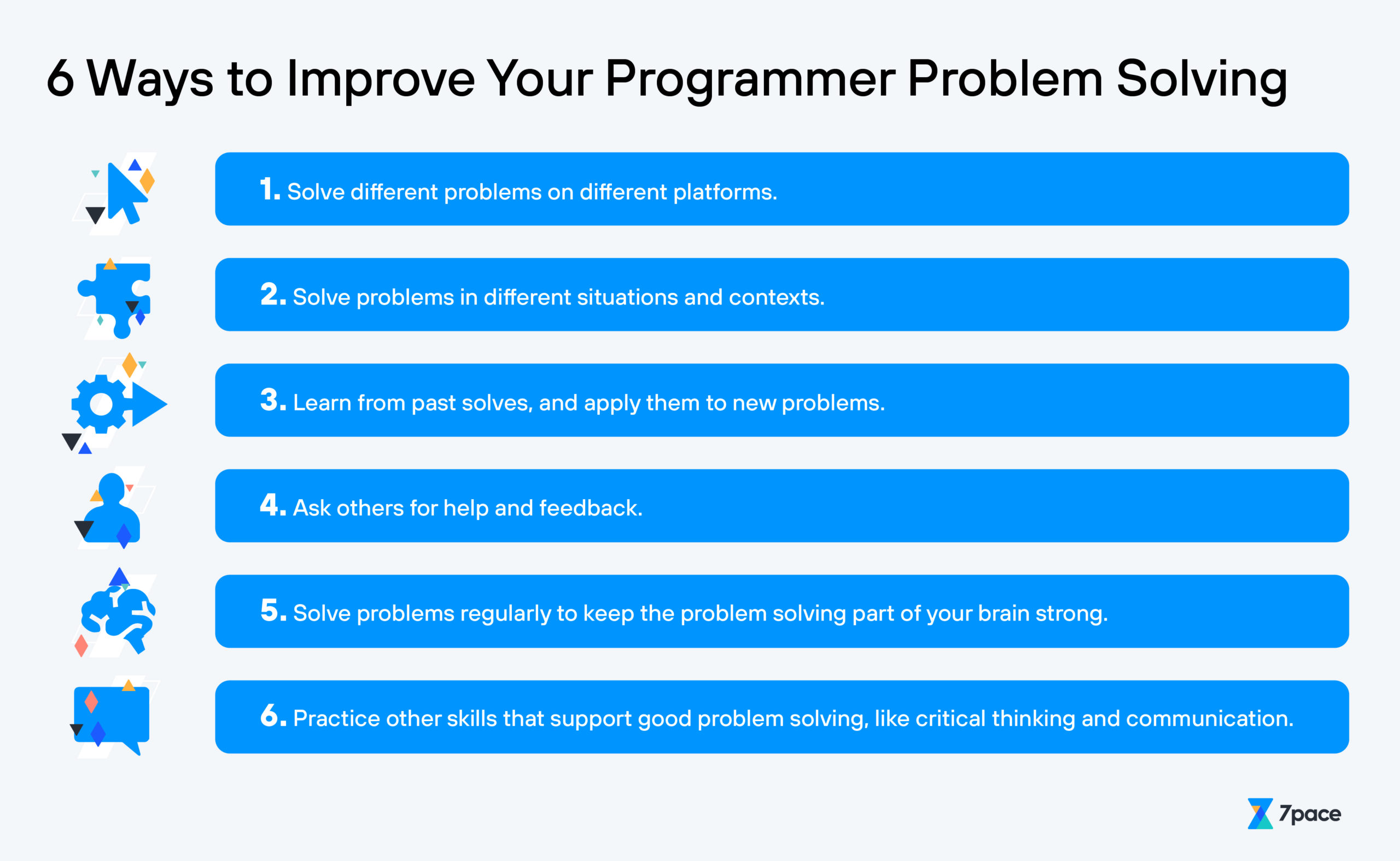 My company uses agile for most of its projects, so the problems are constantly changing. A bug that exists in the system might not be there tomorrow. Yes, the identifying problem is important but it is also important to be able to solve those issues in a way that will not impact other systems. I tend to comment on the problem in the issue management application that we’re using most frequently when I need to confirm my understanding of both the problem and the solution. Often managers will give us feedback on the question to help and motivate the team members that they are thinking in the right direction. When we work in a team it’s crucial to listen when someone objects to a new concept. When you are a new developer, it also becomes important for you to get constructive criticism from your superiors. Rewarding positive behaviors can be beneficial for individuals and the problem at hand as well.